You are here: Home / FocusMonitor

The geometrical dimensions of the focused laser beam are determined, as well as the focal position in space, the beam parameter product and the diffraction index. 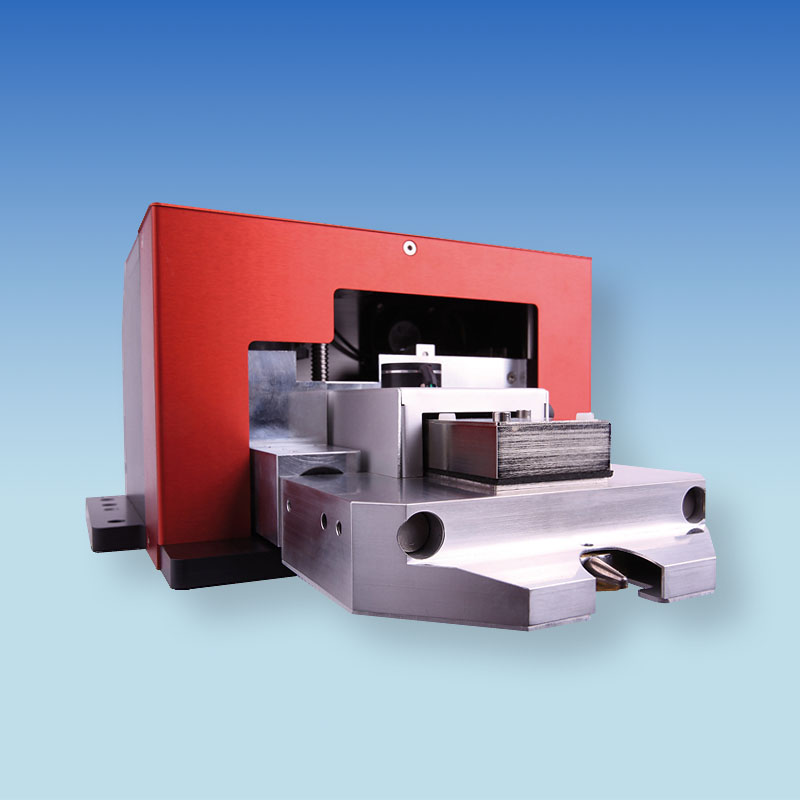 The laser beam is scanned within a 3D measuring column with a special measuring tip. There is a small drill hole in the measuring tip (typical diameter: 20 μm), through which a small portion of the laser beam enters. This beam portion is directed by means of two deflecting mirrors at a detector, which is selected and configured depending on laser power and wavelength.

The electronics transmit the digital signal for evaluation via the PRIMES LaserDiagnosticsSoftware to a PC. This 3D analysis is requisite for the comprehensive representation of a caustic near the focal point.

For different wavelengths, pyro-electric detectors or photo diodes are used. The divergence of the focused laser beam of CO2 lasers is quite low. The ratio of the focal distance of the focussing optics used to the beam diameter of the unfocused beam is normally higher than 5, i.e. the effective f-number would be 5.

Solid state lasers, such as diode, disk or fiber lasers, on the other hand, are focused with smaller f-numbers.

Tailored measuring tips are available for the various divergences and wavelengths.

For this reason, different laser beam sources and systems can only be measured by the correct selection of the measuring tip and the associated detector at maximum laser beam power.

The high speed of the rotating measuring tip allows the analysis of high power densities. Thanks to the high dynamic range of the analog-digital converter used, a very good signal-noise ratio is achieved.

Very low intensities are precisely imaged, as are high peak intensities. This is one of the prerequisites for automatic measuring of caustics in the area near the focal point over at least four Rayleigh lengths, according to ISO 11146. This means that over this measuring range along the laser beam axis, the power density varies by at least a factor of 4. However the signal-noise ratio must be > 40. Detectors with dynamic ranges > 85 dB support this requirement.

Warning: During the diagnosis, almost no laser beam power is absorbed. More than 99% of the laser beam power must be collected and absorbed after passing through the FocusMonitor. This can be achieved with a PRIMES PM48 or PM100 PowerMonitor.

The primary beam parameters are:

The PRIMES LaserDiagnosticsSoftware (LDS), which can be used e.g. in Windows® XP or Windows® 7 operating systems, is available for evaluation.

The FocusMonitor can communicate via the PRIMES RS 485 bus with PCs or higher-level system controllers. Details of this communication are visible and configurable on the start screen, as soon as < Free Communication > is opened under the < Communication > menu. The selection of various interfaces and COM ports is performed manually.

On this start screen, under < Sensor parameters > revolutions per minute, measuring window sizes, detectors etc. are selected, and under < measurement environment >, focal length, wavelength, operating notices etc. are entered in order to obtain a meaningful log along with the straight measurement data.

The resolution is configurable in steps between 32 x 32 up to 256 x 256. At the same time the measurement window size can be varied between 0.165 mm and 8 mm. This variation of the resolution helps to represent the smallest beam deformations through contamination, imaging faults, inadequate alignment or thermal influences.

The scan range in the beam propagation direction z for FM35 is 35 mm, and for FM120, 120 mm. The measuring range perpendicular to the beam propagation direction is typically set at 8 x 8 mm in x-y. Larger measuring ranges up to 24 x 12 mm are available. The integrated z axis enables the automatic measurement of complete caustics over four Rayleigh lengths.

The number of measurement levels is freely programmable; however it is typically between 16 and 22 levels. Along with the geometrical dimensions, the graphical evaluation delivers the resulting diffraction index M2 at the site of the workpiece.

Using the function < Save measurement settings >, complete measurement programs can be saved and loaded again when needed, so as to perform more measurements with this predefined basic data.

Measuring Tips and Detectors
Every FocusMonitor should be fitted with the appropriate measuring tips and detectors. The change-over of detectors and measuring tips can be done within a few minutes.

Pyro-electrical DFCM detectors are mainly used, together with HP-CO2 measuring tips, for wavelength range λ=10.6 μm of the CO2 laser.

To analyze solid-state lasers in the range between 400 and 1100 nm, photodiode-based detectors are used. The highly dynamic detector DFY-PS with automatic signal adjustment offers great ease of operation. DFING-PS detectors for wavelengths up to λ=2.2 μm are optionally available. As a rule, these detectors are combined with a HighDiv. YAG measuring tip. DL measuring tips are also available for the mostly higher-divergence diode lasers.

In addition, adjusted detectors can be supplied, e.g. with optimal signal-noise ratio or measuring tips with increased or reduced sensitivity.

Various evaluation options deliver information about misalignment of optical components and their contamination.

FM35 and FM120 Configurations
The base version of the FocusMonitor consists of a rotation axis with two scanning speeds (or optionally three) as well as two linear axes, one with a horizontal hub of 8 mm (12 mm optionally) and a second axis with a vertical stroke from 35 mm or 120 mm.

The measurable focal dimensions are between 0.1 and 3 mm for both configurations. The measurable Rayleigh lengths can be 8 mm/25 mm. Hence the FocusMonitor enables the measurement of a multitude of laser sources for different areas of application. 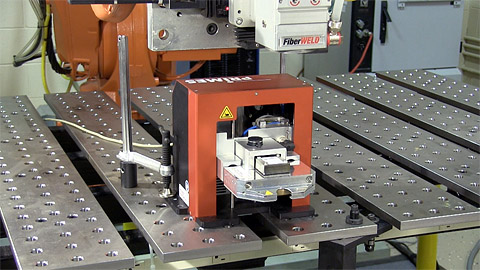